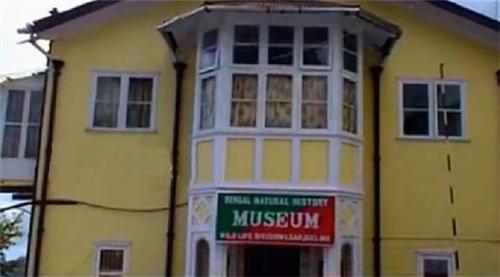 The Bengal Natural History Museum was established in 1903 at the behest of George Nathaniel Curzon, the then Governor General of India. The idea was to create a small niche where birds and butterflies of the area could be put on display. It was to be a place where researchers as well as students of zoology could study them and the visitors could gain some knowledge about the fauna of the region. Accordingly, a small museum was built within the premises of the Lloyd Botanical Garden. It was in the year of 1903.

Soon it became evident that, there was not enough space for the students and researchers to carry on their scientific investigations. Moreover, the collection became too large for so small a space. Consequently, a new building was erected on Bishop Eric Benjamin Road, just below the Chowrasta Mall and the entire collection was shifted to the new premises in 1915.


The Administration of Bengal Natural Museum

From 1923 to 1976, the museum was run by Bengal Natural Museum Society. Later on it was handed over to the Forest Department of Government Of West Bengal. Charles M Inlis was the first curator of the museum (from 1923 to 1949). Although he was just an amateur ornithologist he was very enthusiastic about the whole project. His contribution in building up the museum is still thankfully remembered by the people of Darjeeling. 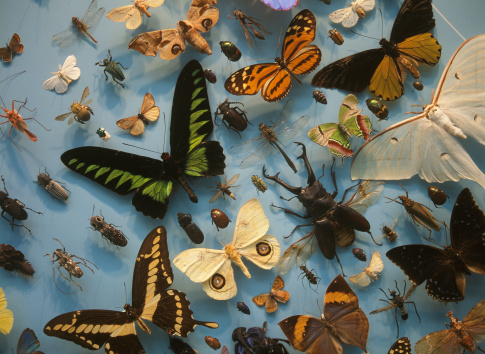 Today the collection of the museum is no longer restricted to the birds and butterflies of the area. It now houses a huge collection of birds, insects, reptiles, fishes as well as mammals and these specimens have been collected not only from the Himalayan Region, but also from other parts of the state. There are also a huge collection of birds’ nests and their eggs in the museum. Another point to appreciate is that, all these specimens are real creatures. They have been cured, stuffed and thus made suitable for display by the in-house taxidermy unit.  The unit has been part of the museum since its inception.

Levels of the Museum:

The museum is divided into two different sections; one is at the ground level while the other is at the basement. Let's discuss in detail:

As we enter the ground level, we are mesmerized by the rows of glass cabinets holding a huge collection of birds; all cured and staffed. According to available statistics, there are 820 specimens of birds and 110 different types of birds’ eggs. Unfortunately, because of space crunch, not all these eggs are on display. There are also a good collection of birds’ nests. In short, this section is indeed a treasure trove for ornithologists.

Other than the birds, the ground floor also houses 35 species of snakes, 57 species of fish as well as a good collection of insects, reptiles and amphibians. However, the most interesting of them is the section, which is dedicated to the insects. According to available statistics, this section houses 1104 different types of butterflies! Besides, there are good collections of moths, beetles and other insects. 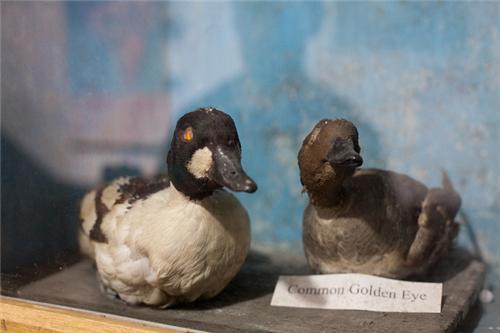 The basement is divided into few subsections, each of which represents different geographic area of West Bengal.  Section A represents the Sunderbans; B represents the drier part of the state such as Bankura and Purulia; section C represents the Gangetic plains; D is for the wet lands and F represents the deciduous forests of the terai region. The fauna of each region has been displayed here against their natural background.

The building also houses a small library and a reading room. Many rare books on fauna and flora of the country are available for reading as well as lending.

Due to space crunch, the exhibits cannot be looked after properly. Dampness of the surrounding too is causing much problem for the museum staff. That is why there is a talk of shifting the entire museum to a new locale inside the Padmaja Naidu Himalayan Zoological Garden. When that will be done, both researchers and amateur visitors will be much benefited.