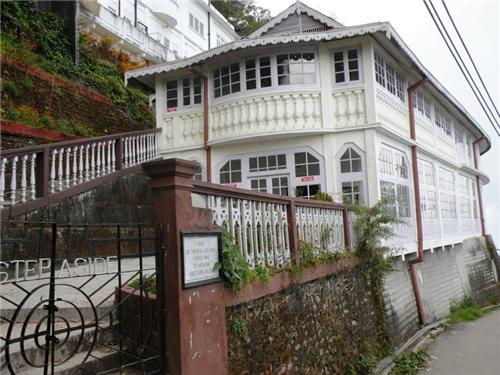 Although the building has been officially renamed as the Deshbandhu Museum, people of Darjeeling in West Bengal still refer to it as its old name, the Step Aside.  This is the house where the great patriot Deshbandhu Chittaranjan Das spent the last month of his life. Now it houses a maternity and child welfare centre in its ground floor and the first floor has been converted to a museum for Deshabondhu Chittaranjan Das.

The museum is located on the C R Road. It is a narrow road that goes downhill from the Chowrasta Mall. If you stand at the entrance of the Nehru Road facing the Mall Road, you will find Caf? Coffee Day on your right. The C R Road starts from there only. One just has to walk few more minutes to reach Step Aside. 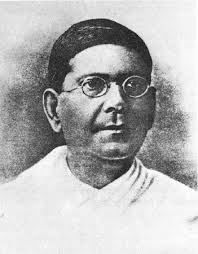 Step Aside was first built by one Mr. Warnsei. Later it was purchased by Mr.N.N. Sikdar. This gentle man was a good friend of Deshbandhu Chittaranjan Das. Meanwhile Deshbandhu was not keeping well.

His hectic political engagements did allow him to take any kind of break. That is why his friends and family decided to bring him to Darjeeling for rest and recuperation and in such a case, Step Aside was the inevitable choice.

Deshabandhu arrived in Darjeeling on 6th May, 1925. He began to take long walks and soon was much better. However, he did not entirely give up his political activities. Annie Besant came to meet him at the Step Aside to seek his support for the Commonwealth of India Bill sponsored by the Labour Party in the British Parliament. 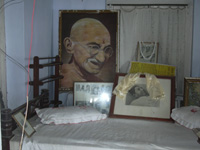 Mahatma Gandhi too came to meet him. He stayed at the Step Aside from 4th June to 9th June. However, according to some other accounts, Gandhiji arrived on 3rd June and left on 6th.

Nonetheless, the two great leaders spent their time talking not only about the contemporary problems, but also about future plans. Deshbandhu also used this occasion to learn spinning from Gandhiji.

Gandhiji had later mentioned in his memoires how Deshbandhu’s loud and hearty laughter reverberated in the whole house. He also mentioned about his hospitality and how kind and noble he was.

Deshbandhu did not live long after this visit. He suddenly became ill on 14th June and passed away on 16th June, 1925. Much later, Deshbandhu Memorial Society was formed with the intention of preserving the memorials of Deshbandhu and also to promote welfare of the people of Darjeeling.

Accordingly, the house was later taken up by the state and a museum showcasing the belongings as well as well as furniture used by Deshbandhu was established in the first floor. To honour the wishes of this great patriot, a women and child welfare centre is also run from the ground floor.

Prince of Bhawal and Darjeeling

In 1909, many years before Deshbandhu came to spend his last days, Kumar Ramenda Narayan Roy of Bhawal too came to recuperate in this very house. He was however, found dead on 8th May, 1909. It was a stormy night; in spite of that locals took him to the burning ghat. Nobody knows what happened after that. But years later, a sanyasin appeared in Bhawal claiming to be Ramendra Narayan Roy. He resembled the Kumar very closely. This led to a complicated court case. In 1937, the court proclaimed that the sannyasin was truly Kumar Ramendra Kumar Roy.

There was a proposal that one room of this building should be dedicated to the memory of Kumar Ramendra Narayan Roy of Bhawal. However, nothing has so far come out of it.

The Museum is open from 10’o clock in the morning to 4 in the evening. It, however, remains closed on Sunday. There is no admission fee.

One and half kilo meter down hill is the Bhutia Basti Monastery. Visitors can visit the monastery after they have finished with Deshbandhu Museum.