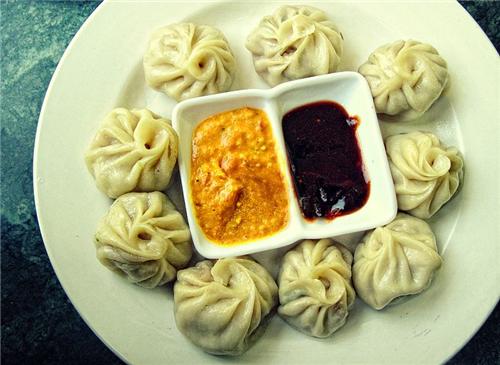 Darjeeling is a multiethnic town with its past anchored in the Raj Era. At that time, the place was inhabited by the Lepchas. By and by other communities began to settle in and each brought with them their own traditions and customs. However, none could leave a lasting impression on the culture of Darjeeling as the Nepalese and the Tibetans could. In fact, when we talk about the food of Darjeeling we mainly mean the Nepali and the Tibetan cuisine.

Yet one has to admit that, amalgamation of various cuisines in Darjeeling, West Bengal has resulted in a unique food culture of its very own and we find continental dishes being offered side by side with ethnic items such as momos and thukpas. Moreover, the climatic condition being on the colder side, intake of alcoholic beverages as well as soups and tea is quite high. 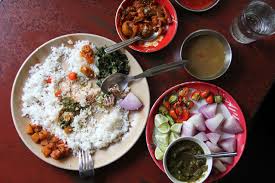 The traditional Nepali menu consists of rice, dal (or lentil soup), torkari (curry made out of seasonal vegetables) and chutney. Moreover goat and chicken curry is often included in the menu. The chutneys can either be fresh or fermented. The cooking style for the lentils as well as torkari too is unique and differs markedly from the Indian variety.

Many restaurants in Darjeeling offer Nepali Thali and hence anyone interested in savoring the local flavor should try them. At the same time, one should be a little choosy about such restaurants because many of them do not really bother about health and hygiene. However, Hotel Revolver located in the vicinity of Gandhi Road is a good place to savour authentic Nepali cuisine.

Shel Roti is a ring-shaped sweet dish made out of rice floor. Milk, butter, sugar, banana etc are added to it to make a batter, which is then fried in ring shape over high heat. This is usually made at home during the festivals and therefore, if anyone wants to sample these delicious sweetmeats, he/she has to acquire a local friend. Dhindo is also another Nepali sweet dish made mostly at home.

Contrarily, momo is as much available in different eateries across the town as it is a popular at home. In fact, it is possibly the most popular snack food available across Darjeeling. Traditionally, mince meat of either buffalo or goat is enfolded in a doughy wrapper and then steamed in special momo pan.  It is then served either with hot soup or with chutney. Properly made momo is always soft and juicy; therefore very delicious.

Thukpa, another popular food of Darjeeling, is more like a Chinese noodle soup. However, one should not treat it just as a starter; for an average eater, one bowl of thukpa should be enough for quite a few hours. 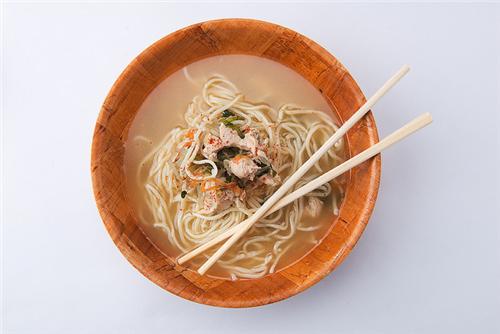 Although it originated in Tibet, it is now accepted among all ethnic groups with equal zeal.   However, the Nepali version is hotter and spicier than the pure Tibetan recipe.

Wai-Wai on the other hand is dry noodles, but is often offered with soup. Shaphalay, which is typically a Tibetan item, is a kind of bread stuffed with meat.

Churpee is another unique food item of the hills. It is either chewed raw or used as condiment.To prepare churpee, one has to keep on boiling buttermilk until the solid mass is separated from the liquid.  The lump so obtained is then tied in a piece of thin cloth and hung overnight so that the water drains out. Churpee can be soft or hard. Some are neutral in taste while others can be bit tangy. Kaventer’s is the best place to sample such churpees.


The Beverages in Darjeeling 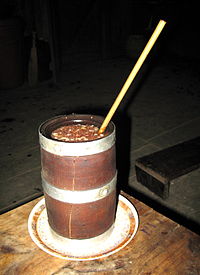 Chang, Thomba Or Tongba And Roxy

Chang and Thomba are locally made beverages. Both are made by fermenting millet. They are usually served in bamboo container and have to be sipped with the help of a bamboo pipe. They can sometime be quite intoxicating.However, Roxy is more potent than these two.

For most, tea is the staple drink. However, Tibetan tea is rather unique. They have salt as well as butter added to their tea. Lemon tea with ginger and honey too is quite common here.