Darjeeling is inhabited by different ethnic groups with distinct identity as well as art and culture. Consequently, the handicrafts of Darjeeling do not follow any set pattern; contrarily, it represents the skills of different groups of artisans. At the same time, it has to be understood that in this modern age when communication has opened up all frontiers, no school of art can live in isolation. That is why although each school strive to retain their individuality, the line of separation has somehow been blurred.  Yet, while discussing the handicrafts of this region, we have divided them under three different sections.

Traditional Handicrafts of the Gorkhas

When the Gorkhas first migrated to Darjeeling in the middle of nineteenth century, they brought with them the art and culture of their homeland in Nepal.  This Himalayan kingdom has a long heritage in art and handicraft. However, these handicrafts became work of art only from the fifth century AD. This is the time when different organized religions began to make inroads into the interiors of Nepal. That is why we can find religious influence on the handicrafts of the country. 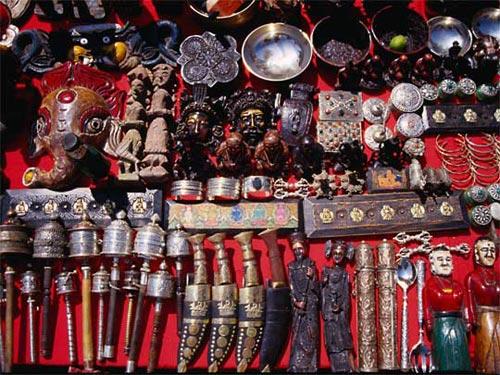 In Gorkhali handicrafts, religion has all along been an influencing factor. That is why we find statues of Lord Buddha as well as other gods and goddesses being made by the artisans of Darjeeling. In paintings too such trends are quite visible. However, that does not mean that this school of art is centered only on religion. Artwork on secular themes is no less important. In general such handicrafts fall into two distinct categories – metal craft and non-metal craft.

In this section, statues account for a big part. Most statues are made out of brass. Other than that we can name silver and brass jewelries such as earrings, pendants brooches and chains. These jewelries are generally embedded with colorful stones. Traditional Nepali Kurki is also another typical Gorkhali handicraft. 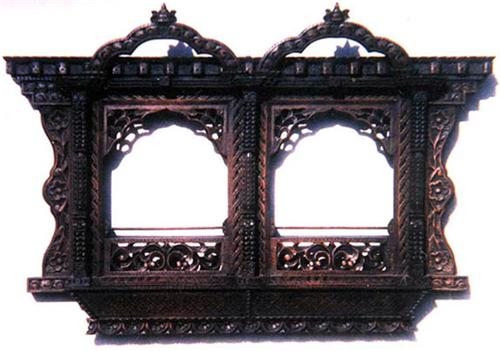 Among the non-metal handicrafts we can mention woodcraft and textile. Indeed, Nepali craftsmen had been expert in textile oriented crafts since long. In Kautilya’s Artha Ahastra we find reference to a type of water proof blanket imported from Nepal. Although such crafts are lost, the Gorkhali artisans are still adept in making different textile related items. Bamboo products made by Gorkhali artisans are also highly appreciated.

Traditional Handicrafts of the Tibetan Artisans

When the Tibetan refugees came to Darjeeling they could not bring with them much of their belongings. The only thing that they could bring with them was a rich heritage and a determination to establish themselves in the host country. In fact, it is their willingness to work hard and their skill in making different types of handicrafts, which has helped them to find a toehold in a foreign land in such a short time. 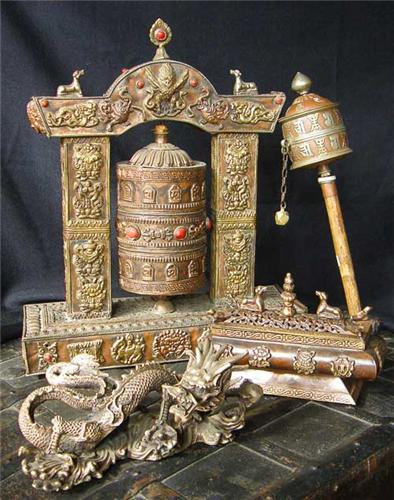 Metal handicrafts made by Tibetan craftsmen are indeed of high order.  These objects of arts can either be decorative or ritualistic. While shopping in Darjeeling one can find hundreds of statues, decorative kettles, prayer wheels et cetera lined up on the shelves of different shops and emporiums. Different types of jewelries embedded with stones are also very popular items. 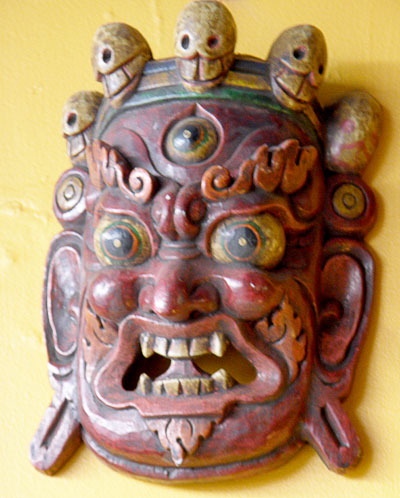 Carpets account for a large part of this market. Indeed, Tibetan carpets made out of pure wool and natural dye is appreciated all over the world not only for their quality, but also for their designs. Woodwork, masks, scrolls, shawls, scarves are some of other handicrafts made by Tibetan craftsmen.

Thangka or Thanka painting depicting Buddhist scenes is another distinctive art of the Tibetan people. This art originally evolved in the 11th century Nepal. It was later imported by the Tibetans and soon it became an important teaching tool for the Lamas, who travelled from place to place preaching Buddhism among the masses. Thangkas are also used as medium for prayers and worship. Because these are first mounted by cloth and then by silk, they last really a long time and therefore worth every penny spent on them.

Handicrafts made by the Lepcha Artisans 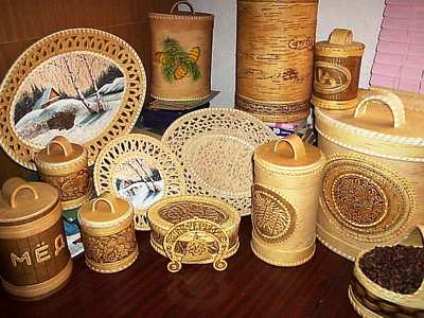 Unfortunately, Lepcha handicrafts have been somehow overshadowed by Gorkhali and Tibetan crafts. In spite of that, one can still find their mark in the textile sector. Dresses as well as hats and jewelries made by Lepcha craftsmen carry a mark of quality. Moreover, they are also very good in needle work. Bamboo work is also another of their forte.