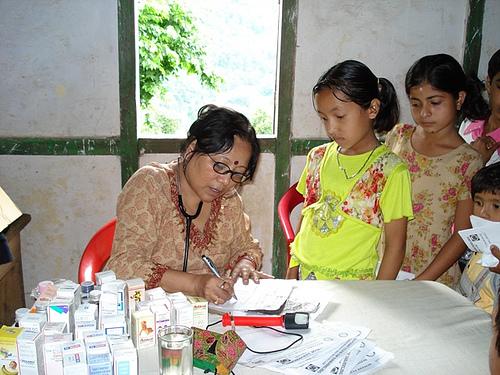 Those familiar with history of Darjeeling already know that back in 1828, a delegation of British officials, headed by Captain Lloyd and Mr. J. W. Grant came to the hills to meditate between Sikkim and Nepal. Both these officials were deeply attracted by the setting as well as the climatic condition of Darjeeling and decided that the place was ideal for a sanatorium for the British soldiers.  Soon the British acquired the land from Chogyal of Sikkim and by 1883 Eden Sanatorium opened its door. It was however, reserved solely for the British officials and the English planters of that area.

Later on in 1887, the town witnessed the opening of two more sanatoriums. Among them, the Lowis Jubilee Sanatorium was meant solely for the natives. It was divided into two separate units, one was reserved for the orthodox Hindus and the other was open to all categories. The Victoria Memorial Dispensary was however, used by both the English and the native population. By and by, the town witnessed opening of many other dispensaries and very soon the medical facilities of Darjeeling became something to boast of. This however, is history. 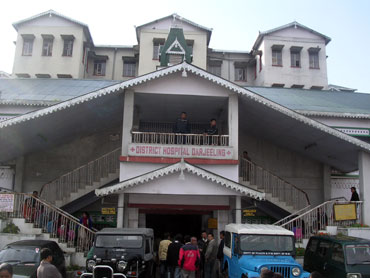 Today, medical facility offered by Darjeeling is no match for its past glory. Since Darjeeling is the district headquarter Sadar or District Hospital is located here. However, the condition of this 308 bedded hospital needs much improvement. The good news is that the State Government has sanctioned rupees two crores for up gradation of this hospital in 2014 and when the entire project is completed, it will change not only the quality of services offered by the hospital, but also the health care system in whole of the hilly range. The patients will no longer have to travel 80KM for emergency treatment.

Health Care Facilities in and around Darjeeling:

Other than the Sadar Hospital, Planter’s Hospital (also known as the DDMA) needs special mention. Established in late nineteenth century, this hospital offers quality services to the resident of Darjeeling. Other than that, Yuma Nursing Home And Diagnostic Centre and Mariam Nursing Home are two other nursing homes offering excellent in-house treatment opportunity.  Besides, there are quite a few clinics, which provide quality treatment. Among them we can name, Nandan Polyclinic. Jeet Eye Clinic, Tibetan Medical Clinic, Baba Ram Dev Patanjalin Arogya Kendro  etc.