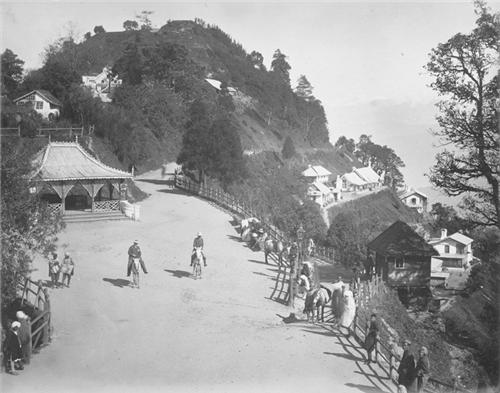 The history of Darjeeling is a part and parcel of the history of the entire region. Not long ago, the present day Darjeeling comprised of number of villages separated by wide expanse of hilly tracts. Until the early 19th century, this area was ruled by the Chogyal of Sikkim, after which, the district was annexed by the British and developed first as a health resort and then as the summer capital of the British Empire.  However, Nepal too was an important player in the creation of Darjeeling.

Apart from the hilly region, Sikkim also held a vast tract of land in the Terai or the foot hill region of the Himalayas. From 1780 onwards, Nepal made several inroads into this region and by the beginning of the nineteenth century, it captured a large part of the plains. However, by that time, the British too had emerged as a powerful player in this area. They naturally did not like the aggressiveness of the Gorkhas and decided to stop them from making further inroads into the plains. In 1814, a war broke out between the two powers. The Gorkhas, who were defeated in the war, was forced to sign the Treaty of Sangualy and give up the entire territory that they had captured from Sikkim. That was in 1815.

The British, however, decided to return the land to Sikkim and in 1817, they signed the Treaty of Titalia with The Chogyal of Sikkim. According to this treaty, Chogyal was not only declared the sovereign ruler of Sikkim, but the tract of land between River Mechi and River Tista was returned to him.  However, after ten long years dispute arose between Sikkim and Nepal once more and the matter was referred to the British Governor General.   In 1828, a delegation of British officials, headed by Captain Lloyd and Mr. J. W. Grant came to the hills.

Both Capt. Lloyd and Mr. Grant were attracted by the position as well as the climate of Darjeeling and decided that it was an ideal place for setting up a sanatorium for their soldiers. They could also see other strategic advantages for the British. For example, they immediately saw that Darjeeling could act as a Himalayan outpost for the British and serve as a base for the defense of the trade route to Tibet through Sikkim.  Nonetheless, the grateful Chogyal gifted what was a useless tract of land to the British and got one double barreled gun, one rifle, twenty yards of red-broad cloth, 2 pairs of shawl in return. Later the Chogyal was awarded a compensation of Rupees six thousand for the tract of land. 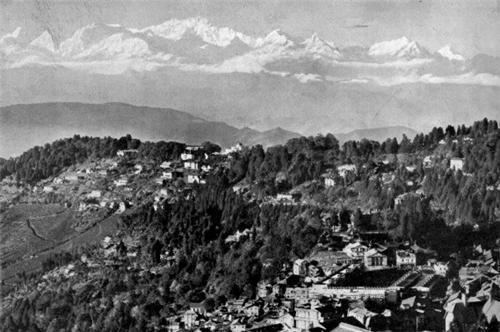 The tract of land the British thus received did not comprise the whole of Darjeeling district.  However, 1836, Gen. Lloyd and Dr. Chapman was sent over for assessment of the situation. In 1940, the first road from Pankhabari in the plain to Darjeeling was built. Soon, they had hotels built in Kurseong as well in Darjeeling. By and by, thirty houses came up in Darjeeling.

The actual progress began to take place when Dr. Campbell, the Resident of Nepal was brought over to Darjeeling as the Superintendent. That was in 1839. He attracted immigration and encouraged cultivation of mountain tracts as well as trade and commerce. Moreover, Dr. Campbell undertook quite a few welfare measures and consequently the importance of Darjeeling began to grow. By 1849, the population reached 10,000.

However, this antagonized Sikkim and in 1849, they arrested Dr. Campbell and his deputy Joseph Hooker. The British naturally did not take it lying down. A war broke out between Sikkim and the British Government in 1850. The British not only won the war, they also annexed additional 640 square miles. However, it was not until 1861 that peace returned to the hills. On 1st February Col. Gowler and Ashley Eden marched into Sikkim and defeated the Chogyal, who abdicated in favor of his son. The British signed a new treaty with the new Chogyal. This new treaty was more advantageous and ended all kinds of annoyance for the British, at least from Sikkim.

However, the real peace was established after Bhutan was defeated in a war in 1864 and the Treaty of Sinchula was signed. According to this treaty, Kalimpong as well as parts of the Duars, which hitherto belonged to Bhutan, ceded to the British. Thus the shape and size of Darjeeling District became what it is today and peace reigned for a long period.

India became independent in 1947 and Darjeeling became a part of the State of West Bengal. However,, 1980s again saw conflict of another kind. People of Darjeeling started agitating for a separate state of Gorkhaland. In 1988, an act was passed by the Government of West Bengal that enabled formation of autonomous region within the state of West Bengal. The Act also provides for the formation of an autonomous council with power to oversee social as well economic development of the region. Thus a new era began in the history of Darjeeling.