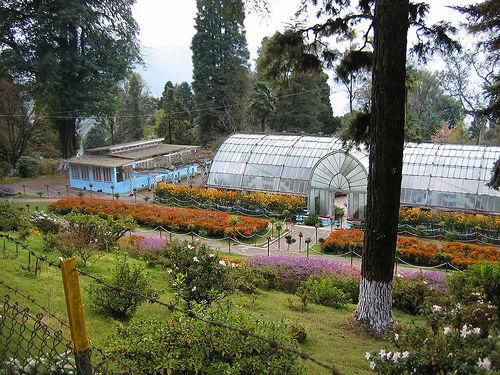 Lloyd Botanical Garden in Darjeeling was established in 1878 as a branch of Kolkata’s Acharya Jagadish Chandra Bose Botanic Garden; then called Royal Botanic Garden, Calcutta. Unlike the Padmaja Naidu Zoological Park or the Himalayan Mountaineering Institute, the history of this botanical garden is intertwined with history of the British Raj.

The owner of the Lloyd Bank, William Lloyd was keen to establish a botanical garden in Darjeeling and so he gifted forty acres of land, which is roughly 160,000 square meters, for setting up the garden. Sir Ashley Eden accepted the land on behalf of the government. However, the garden was set up under the guidance of Sir George King; but the actual development took place under the aegis of Dr. T Anderson.

One must remember that the entire garden is situated on the slope of the hill. From the very beginning it was laid out in three sections and hence we have upper, middle and lower sections. Moreover, the entrance is through the Lebong Cart Road and therefore, as we enter, we have to move from higher to lower echelon.

As we enter the garden, we find a well shaded path going downhill. All along the path we find indigenous Himalayan plants flourishing under the watchful eyes of the staffs. In the beginning this section was set up to study indigenous plants. And hence only local plants were planted here. However, later plants from other parts of the Himalayas began to be planted here and therefore; we now have a good collection of different oak, bamboo, magnolia, rhododendrons etc. 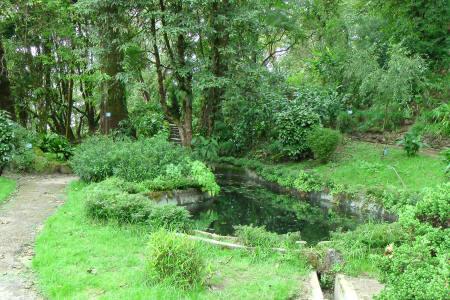 As we go down, we find a huge collection of ferns as well as alpine plants. This is the middle section of the garden. This section can also be identified by the presence of couple of green houses made entirely out of glass.

One of them holds 150 different species of Cacti and other hold almost equal variety of orchids. It is said that most of these orchids have been collected from Singalila area, which has now been converted into Singalila National Park.

The lower section of the park is dedicated to exotic plants. Some of these plants may be indigenous, but most of them have been imported from various countries. Here European trees such as hawthorn, blackberry and chestnut vie with Asian trees such as plums and cherries for attention. 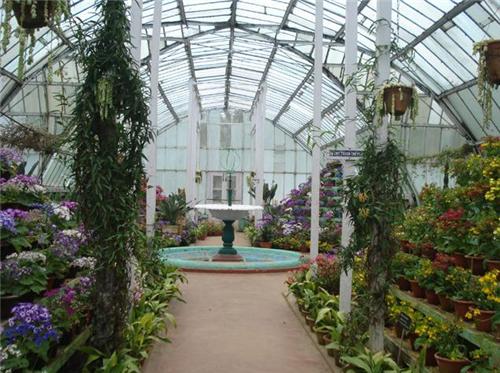 The Prehistoric Ginko Biloba From China

Out of all the trees and shrubs, many may find the weeping willow to be most out of the ordinary. The name comes from its drooping leaves, which gives an impression of weeping. However, to my mind, the most striking plant in the garden is the Ginko Biloba, which is said to be prehistoric in its origin. It has been imported from China. The plant is also known as living fossil in some quarters.

The Lloyd Botanical Garden also has a students’ section as well as a separate area for medicinal plants. A rock garden has also been erected here. In all, the place is worth a visit both for the laymen and botanists alike.

The garden is located just below Eden hospital within a walking distance from Chowk Bazar taxi stand. It is open from six in the morning to five in the evening. There is no entry fee and so one can just walk through. However, since the area is huge and there is no transportation within the garden, one is advised to wear comfortable shoes.