Music and Dance in Darjeeling 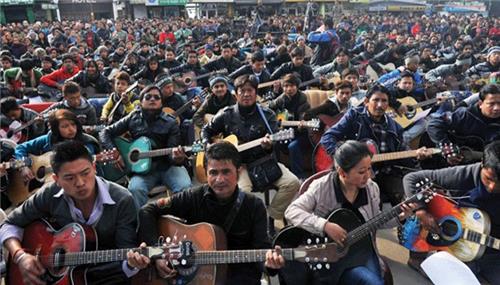 Darjeeling, the captivating hill station of West Bengal, is famous for its vibrant people and equally colorful culture. Darjeeling has got its diverse culture because of its inhabitants who belong to of different ethnicity. Apart from Hindus from Bengal, Darjeeling has huge numbers of Hindus and Buddhists from Nepal, Tibetan Buddhists and Lepcha people from Sikkim who have greatly influenced the culture and heritage of Darjeeling. Darjeeling is famous for its folk music and dances and these art forms are performed during various festivals and social events. Apart from common festivals like Holi, Diwali, Dussera, Buddha Jayanti and Christmas, Tibetan and Nepali festivals are celebrated with great pomp and gaiety in Darjeeling. Many artists showcase traditional songs and dances of Darjeeling during its 10-day long festival, Darjeeling Carnival.

Songs of Darjeeling are not only melodious but they are of different types and are sung on different occasions. Jhowre and Juhari songs are related with love and affection. Malsiri is the song sung during Durga Puja. Rosia songs are sung during cultivation. Rateli songs are similar to nursery rhymes and are favorite ones for the children. 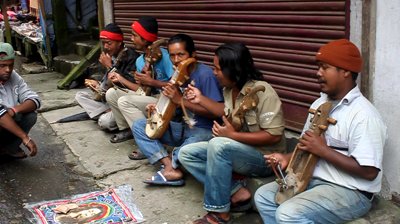 One of the most common musical instrument played in streets of Darjeeling is Sarangi. It is found as the favorite pass time of the local residents of Darjeeling.

Nepali Folk Dances are important treasures of Darjeeling Culture and heritage. Nepali dances are highly influenced by various religious practices, Gods and Goddesses worshiped their and the temple dances performed to show respect to the deities. You will get information about different types of dance forms of Darjeeling. 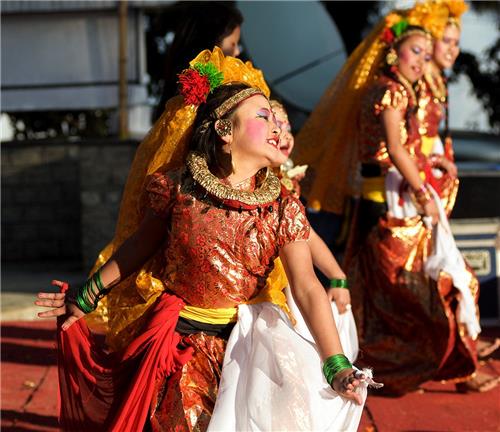 onsidered as one of the oldest folk dances of Nepal, this dance form used to get performed during Tihar Festival. Recently, Maruni Dance is performed during social events and religious events in Darjeeling. Males get dressed up like females wearing ornaments and colorful costumes and perform dances. This dance is mainly performed to commemorate coming back of Lord Rama to Ayodhyaya after his 14-years exile.

This dance form is popular dance form of Limbus, a tribe with its origin from East Nepal. This dance form is also called Paddy Dance and is mainly performed during rice harvest ceremony in Darjeeling. Men and women both perform this dance. They hold each other’s hand and form circle and dance on rhythmic tunes. 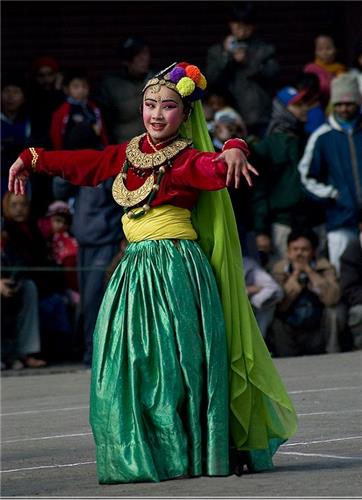 This dance form is very popular in the rural areas of Darjeeling and is mainly performed to cure the sick people. In the local language, meaning of Jhankri is Witch Doctor. The dancers wear gown like dresses of white color and make different types of postures while performing the dance. Drums are used during this dance. During some special festival and trade fair, Jhankri Naach is performed by the local artists.

The literal meaning of Yatra is procession. This dance is an essential part of different festive procession of Nepalese people of Darjeeling. Yatra Naach is performed during Indra Yatra, a procession for Lord Indra (the Rain God) held during the month of August/September. Dancers wear different types of masks and represent demons and Gods. Chariots are also used in this Yatra Dance.

This dance form is also called Damphu Naach and is performed by Tamangs, a tribe from Nepla. During this dance, Damphu, a disc shaped drum with two sides is used by the dancers.

This dance form of Darjeeling is mainly performed by the Bahuns and Chhetri tribe of Nepal. This dance form is performed during religious festivals where dancers depict leelas (acts) of various Hindu Gods and Goddesses.

This dance form is mainly performed by Damai Community in Darjeeling. For performing this dance, Naumati Baja, nine traditional musical instruments are used.

As the name indicates, khukuri, a knife with carved wooden handle, is the main instrument used during this dance. This ornamented knife is always carried by the Gorkhas, a popular Nepalese tribe residing in Darjeeling. During this dance, Gorkhas showcase their khukuris which symbolize their pride and power.

This dance form is a part of Tantric Buddhism according to which there are five forms of Lord Buddha. This dance is performed by five dancers who have their own colorful dress, posture and direction. 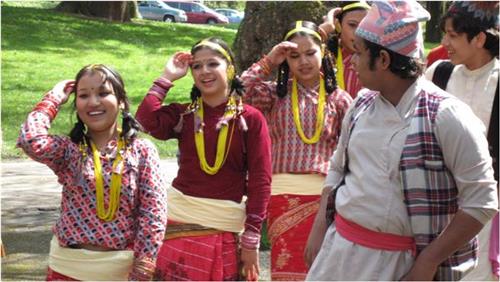 This dance form is performed by females of Brahmin and Chettri community. Sangini Dance is an essential part of Teej Festival. Married women fast on this occasion and worship Devi Parvati and Lord Shiva for their long happily married life. This festival is held during monsoon and continues for three days. Women put bronze plates and lamps and other ornamented vessels on their head and then dance on slow rhythmic tune.

Chutki Naach and Sakhiya dance are other two traditional dances of Nepal that are performed by the Nepali women of Darjeeling during various occasion. Darjeeling depicts its colorfulness through its vibrant culture including varieties of dance forms and music.