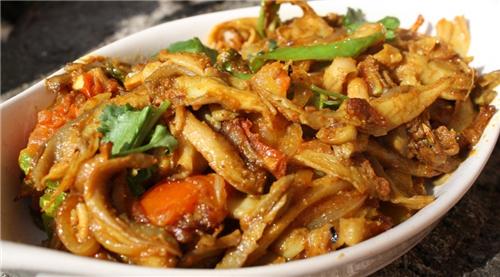 Nepali cuisine basically refers to the food eaten by the people of Nepal.  Just as any other cuisine, it reflects the geographical, cultural as well as religious elements of that region. Indeed, the country’s geographical diversity has resulted in a rich culinary culture among its people. When the Nepalese first migrated to Darjeeling in the early nineteenth century, they brought with them this rich culinary heritage.

With passage of time, the Nepalese of Darjeeling have evolved their own cuisine, which is similar to the cuisine of Nepal, but at the same time, dissimilar enough to demand an independent status. Let us enjoy some: 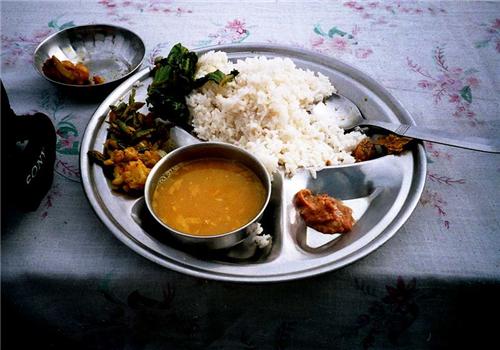 It has to be noted that in Darjeeling different communities live in close proximity with each other. Consequently, the food habit of one has been greatly influenced by others. That is why we today find Nepali youths gulping down a bowl of thukpa along with their Tibetan or Lepcha friends. However, for the Nepalese of Darjeeling staple food is still baht dal and torkary, which in other words means a bowl of rice, lentils and vegetable curry. It is generally accompanied by very spicy chutneys and yoghurt. Anybody interested in sampling Nepali staple food may order a Nepali thali at one of the many Nepalese restaurants in Darjeeling.

Sael Roti and other cereal grains

Sael Roti is a typical Nepali dish. To prepare it, the Nepalese grind soaked rice and then mix it with water to make a paste, which is then deep fried in the shape of rings. It is generally eaten either with meat curry or with potato. Butter, cheese or chutneys too are common accompaniments. Some of course like it sweet. 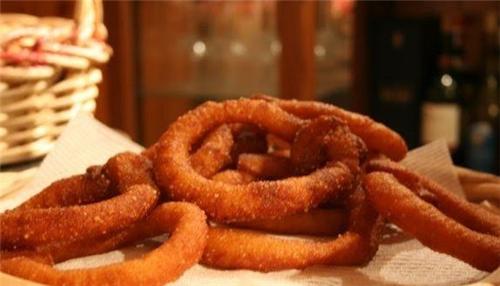 Apart from rice, Nepalese in Darjeeling also consume wheat based food such as rotis and puris. Maize, buckwheat, millet and barley are generally made into porridge.

As we have already indicated, torkari refers to assortment of vegetable.  Such recipe may include every kind of vegetable such as spinach, radish, potato, green bean, tomato, cauliflower, cabbage etc.  Alu tama consisting of potato and bamboo shoots is a typical Nepali dish. Unlike the Chinese cuisine, which also uses lot of bamboo shoot, alu tama is hot and rich. Alu dam is also another favorite dish of the Nepalese in Darjeeling. It involves boiled potato cooked in hot and spicy gravy and served with wafers or bhujia.

Gundruk is also another typical Nepali item. It is of course not a dish by itself, but mixed with other vegetable, it provides a unique taste and smell. In general, the leaves of mustard, radish or cauliflower plants are first allowed to ferment and then dried up naturally under the sun. Once dry, the leaves are then shredded and mixed with other vegetables to produce a tangy taste. Gundruk cooked with onions and tomatoes also tastes nice.

These days however, animal protein such as fish, chicken or mutton is consumed regularly by the Nepalese of Darjeeling.  Devout Hindus generally do not eat beef. Some may also avoid pork.

Nepalese in Darjeeling consume different types of sweets. Some are milk based such as rasbari, peda, barfi etc. Others are cereal based such as malpawa, halwa etc. Sweetened sael rotis are also a very popular dish.

Thomba and raksi are the common alcoholic beverages consumed by the Nepali community. Among the two raksi is more potent and should be avoided by the uninitiated.

Following are some of the restaurants in Darjeeling that provide authentic Nepali cuisine:


Explore more about Food in Darjeeling