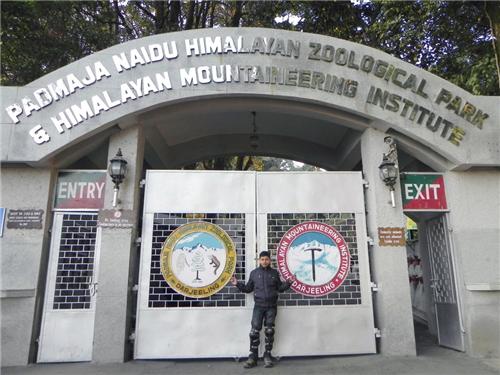 The Padmaja Naidu Himalayan Zoological Park in Darjeeling is said to be the largest high altitude zoo in the world. It is located at an average altitude of 7,000 ft (2134 meters) and is spread over 67.56 acres. However, the park is acclaimed more for its conservation programs than for its sheer size.  The zoo, which specializes on alpine animals, has been hugely successful in breeding endangered species such as the Red Panda. Moreover, it is the only zoo in the world, which has been able to breed Tibetan wolf and also the first zoo in South Asia to breed snow leopard and Siberian tiger in captivity. 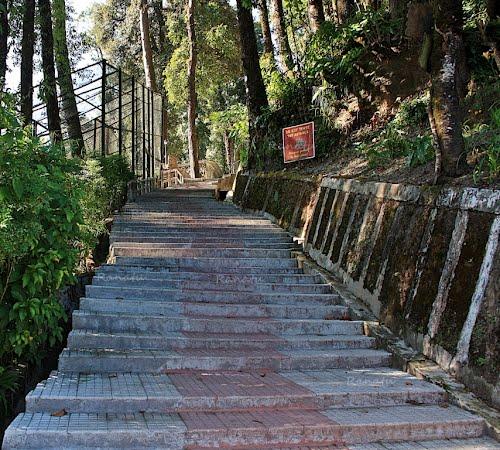 In the beginning, its goal was to study Himalayan fauna. There was not much to see for the general public. However, that changed with introduction of a pair of Siberian tiger. The pair was a present to the Government of India from the Soviet Primer Nikita Khrushchev.  By and by more and more animals began to be introduced and consequently, the park became one of the most visited spot in Darjeeling.

As has been mentioned, the zoological park was set up under the aegis of West Bengal Department of Education and Department of Science And Technology, Government of India in 1958. In 1972, the park became a registered society under the West Bengal Societies Registration Act, 1961.

However, there was an explicit understanding that the maintenance cost will be shared by the Central as well as State Government.  In 1993, it was transferred to the West Bengal Department of Forest. However, Ministry of Environment And Forests of the Central Government too holds a stake in it.

There are two separate ways to reach the Padmaja Naidu Himalayan Zoological Park. One can either take up the Jawahar Road or go via the Lebong Cart Road:

A Tour around Padmaja Zoological Park 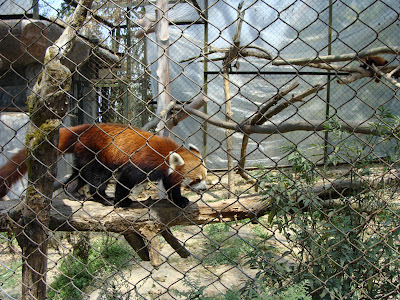 As we enter the park, the first think that will come to our notice is an aviary. Round in shape, this aviary is home to many bright and beautiful birds such as different species of parakeets, pheasants and macaws.

The aviary is the centre point of our tour. From there, one can see three different roads spreading out into three different sections of the zoo. We will take the road that goes straight uphill.

One is sure to notice flights of steps coming down from the same direction. However, it will better if the visitors take up the road; the stairs will come useful on the return journey.

The first animals to be seen are black bears. Their enclosure is on the right. Further up on the left will be the yaks. By and by, one is going see rare animals such as sambars, barking deer, musk deer, blue sheep, Himalayan tahr and gorals. 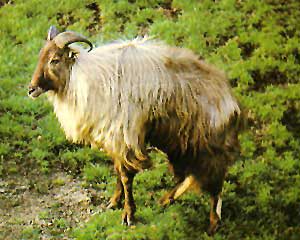 As we walk up hill, we come to a point where the road bifurcates. One that runs straight up the hill will lead us to the Himalayan Mountaineering Institute while one on the right will take us to the upper section of the zoo. We will take up this road because this is where we will come face to face with rare animals like black leopard, crowded leopard, Siberian tiger, Tibetan wolf etc. From there, one can take the flight of stairs we had mentioned earlier to reach the aviary.

Next we will be taking the road that has the main gate on the right. On this section, we will find Red Pandas in their natural bushy habitat, a section for pheasants as well as an aquarium.  After watching all these, we will have to go back to the aviary once again.

On our last phase, let us take the road on the right. It is sort of a natural trail and one can see small amphibians, Himalayan newts etc. At the end of this trail, we will find snow leopards in their enclosure and with that we will complete our tour.

The zoological park is generally open from eight in the morning to four o’clock in the evening. One has to pay a nominal fee for entering the park. An additional fee is levied if anyone wants to take their camera inside the park. The park also provides drinking water as well as toilet facilities. Look for them near the aviary.