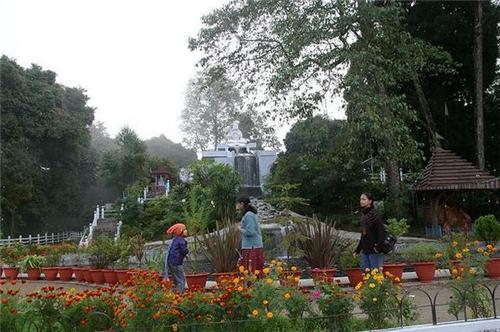 Sir Thomas Tartan is a forgotten name today; but he must have been an influential person during the Raj era. The assumption is based not only on the fact that he had been knighted by the Crown, but also on the fact that he lived just behind the Viceroy’s Summer Palace on the Birch Hill.

His house too must have been large and beautiful with an equally large courtyard; for this is where the Shrubbery Nightingale Park stands today. It is one of the prettiest park in Darjeeling and a must visit for those who are interested in folk songs and dance of Darjeeling.

However, let us first look back into the history of the park. We all know that 1934 is an important year in Darjeeling’s calendar for this is the year when a great earthquake shook the town and destroyed most of its buildings. Sir Tartan’s house along with the courtyard was also destroyed by the tremor.  We can only guess that it was rebuilt soon after because it is certain that it soon became a meeting place for the ladies of the town.

However, as India became independent, most of the British families left the town never to return. We do not exactly know what happened to Tartan’s courtyard after that. We next hear about it in 1950s.  During the 50s and 60s, it became favorite venue for the film-makers of Bombay. They came in large numbers to shoot sequences at this very spot. 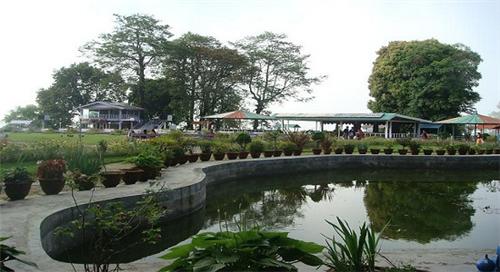 In 1976, however, the then Governor of West Bengal took great interest in the plot. On his initiation, the space was turned into a beautiful park.It is however, not clear what prompted them to call it Shrubbery Nightingale Park. It is possible that the name was picked up by Sir Tartan himself. All we can say that it was indeed an appropriate name for such a beautiful park.

Unfortunately, soon after the popularity of the park began to diminish. During the eighties, when a violent Gorkhaland agitation lay seize on the normal life of the town, the park too lay neglected. Today, we see totally a different picture. The authorities have redeveloped the park and thrown its door open to visitors albeit for a small fees.


Location of the Shrubbery Park

As we have already mentioned, Shrubbery Nightingale Park is located on the Jawahar Parbat (previously known as the Birch Hill). It lies somewhere between the Chowrasta Mall and the Padmaja Naidu Himalayan Zoological Park. It can be approached by foot through the Mall Road and by vehicle through Lebong Cart Road.

A Tour through the Shrubbery Nightingale Park

The park is rather oval in shape though some imaginative souls have found a similarity with Titanic, the ship that was lost on its very first run. Since it is located on a higher plain, visitors will have to climb a few stairs to reach it.

On looking around, one will find pebbled roads not only going all around its periphery, but also pathways crisscrossing the entire park. It is evident that the creators of the Shrubbery Nightingale Park wanted it to be a place where one can relax and enjoy the nature. On one side, the park presents not only the best view of the Kanchenjunga, but also an extraordinary view of the Singla Valley below. On the other side, there are tall trees that seem to penetrate the sky making the atmosphere even more enthralling. The green grass and colorful flowers add to the beauty of the place. 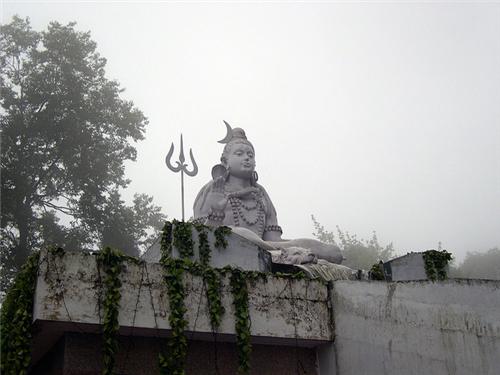 At one side of the park, there is a big and white statue of Lord Shiva. Water that falls from the head of the statue trickles down to form a small artificial pool below. There is also a temple nearby.

There are a huge number of benches located strategically all over the park. Some of them have brightly colored shades to protect the visitors from sudden downpour. There is also sufficient lighting arrangement. In the evening all those lights are turned on. Added to them are many more hidden ones. The park takes up a magical appearance when all of them are turned on. Indeed, the place is as beautiful during the day as it is at night.


Cultural Programs in the Evening

In fact, if you are interested in culture of Darjeeling, you must visit the place at four o’clock in the evening.  In the middle of the park, there is a round shaped open air stage. Every evening cultural program is held there. However, for details, one should contact the tourists’ office in Darjeeling.


How to get to Shrubbery Nightingale Park

As we have already said, the Shrubbery Nightingale Park is located on Jawahar Parbat adjacent to the Governor’s House. It can be approachable either from Chowrasta Mall or from Chowk Bazar below.
From Chowrasta Mall, one has to take the left end of the Mall Road, which is also known as the Bhanubakt Sarani.  At its turning, this u-shaped road meets the Jawahar Road. The Shrubbery Nightingale Park is on the Jawahar Road. A sign on the mountain side indicates the exact location of the park. One should also keep a look out for the arched gateway.

The park is 2.5 Km from Chowk Bazar. In that case, one has to take up the Lebong Road, which will meet the Jawahar Road at some point. However, the pro side is that in such a case, one can come up to the gate of the Park by car only.


Timings of the Park