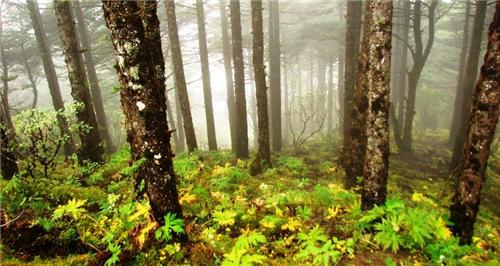 Singalila National Park, spread over a large area of the Singalila range of mountains in Darjeeling District, is indeed a place to visit. If you have undertaken trekking in Darjeeling hills you must have walked through its fringes because places such as Tumling, Sandakphu and Phalut are located on the ridge of this mountain range.

Trees and Shrubs in the Park

Singalila National Park falls under the Indomalaya Ecozone; consequently, the trees here mostly belong to the Eastern Himalayan Subalpine Conifer forests as well as Eastern Himalayan pine forests. As we drive through the trails inside the park, we can see plants such oaks, silver firs and bamboos lining up on both sides. Different varieties of ferns add to the beauty of the place.

However, if you are interested in variety, you should come when the orchids are in bloom. According to available statistics, the park is home to 600 different kinds of orchids.  Very few places in the world have such concentration of orchids as the Singalila National Park has. Rhododendron is the other noteworthy flowering plants here. It too is available in great variety. 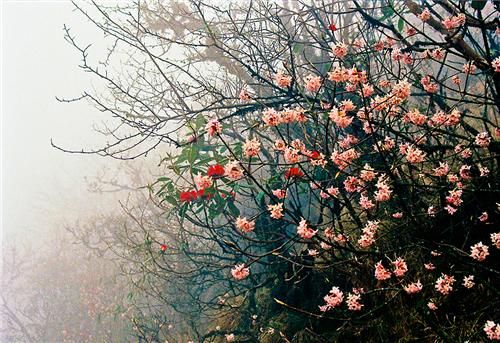 In the lower hills, you will find meadows covered with a carpet of flowers.  Perhaps Wordsworth wrote his famous poem ‘Daffodils’ when he saw a scene such as this. Besides, one can also see a large variety of forest flowers such as primula, geranium. Saxifraga, bistort etc in full bloom across this park. It may not be out of place to mention, Sandakphu is often known as the Hill of Poison because of the Cobra Lilies that grow in abundance there.


Animals and Birds in the Park:

Among the animals and bird found in Singalila National Park, we have already mentioned the Read Pandas. These exotic animals have been reintroduced here after successful captive breeding in the Padmaja Naidu Himalayan Zoological Park. Leopard cat, barking deer, Yellow-throated marten, wild boar pika, pangolin are also some of the smaller group of mammals found in the park.

Among the larger animals, we can mention leopards, clouded leopards, Himalayan black bears, serow and takin.  Incidentally, takin is also known as gnu-goats or cattle chamois. Serows is sort of a goat like mammal, which is also somewhat similar to the antelopes. 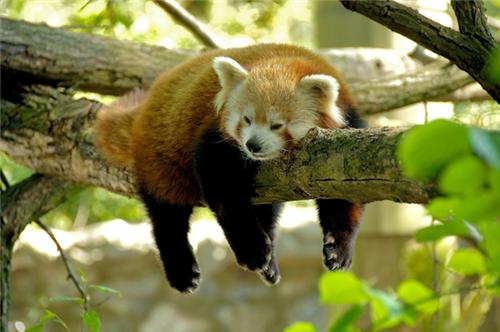 If you are an ornithologist or simply an armature bird watcher, there is no way you can avoid coming to the Singalila National Park. One hundred twenty species of birds have been recorded in these hills. Among them the more frequently seen birds are different subspecies of pheasants, tragopan, parrot-bills, robins, tits, babblers, minivets etc. Some varieties of migratory birds can also be seen here.

Other than the above, the Himalayan Newt has also been spotted here.  It is an endangered animal and therefore sight of such reptiles inside the park area is of major importance to the conservationists. 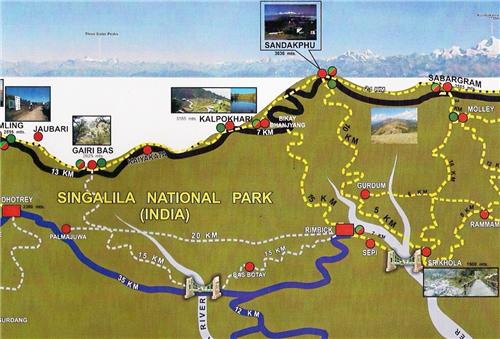 As we have already mentioned, many people prefer to stay at Tumling and visit the park during the day. However, guest houses as well as trekkers huts are also available at Tonglu, Gairibas, Kalapokhri, Sandakphu and Phalut. Nonetheless, the best bet is to camp inside the park. It is to be noted that one should be wiser to appoint registered guides for a trip inside the park. Following are some of the establishments, which offer the services of guides inside the park:


Apart from sublime natural beauty, the park also offers much to the lovers of nature. Reintroduction of the Red Pandas in the Singalila National Park has made the visit all the more alluring.  If you are lucky enough you may come face to face with one of these exotic animals. However, be sure, it will not pose for photography. In all likelihood, it is going to run for save haven as soon as it spots you.


Best Time to Visit the Park:

However, let us start at the very beginning. The best time to visit the park is from March to May and from October to early December. In spring, one can see rhododendrons blooming in every corner and hence many people prefer this season for a visit to the park. Nonetheless, in October and November too the park presents a pristine beauty that is hard to erase from the memory. The sky is now crystal clear and one can see the snow clad mountains in the background dazzling in the sun. This is also the season for the orchids to bloom. Therefore, whatever the season you choose, Sangrilila Park will have something to offer. 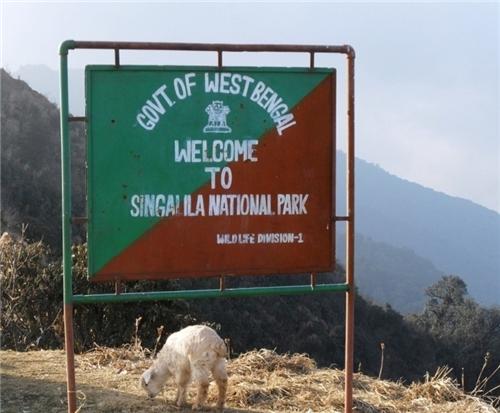 Maneybanjag, a little more than 26 Km from Darjeeling town, can be called the gateway of the park.  One can hire jeeps or Landrovers (the World War II models) from here for a tour inside the park. However, the actual gateway can be seen once you leave Tumling and move towards Gairibas. Many people prefer to spend the night at Tumling and visit the park during the day.  Many private lodges have come up here to cater to the demand.