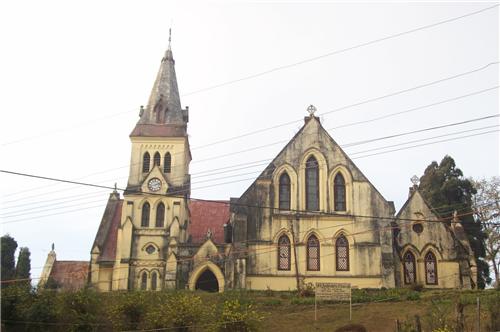 If we look back into the history of Darjeeling, we will find that the area was more or less discovered by Captain Lloyd and Mr. J. W. Grant. The region, which was under the rule of Chogyal of Sikkim, was then inhabited by a small population of Lepchas. Captain Lloyd and Mr. Grant had come here to meditate between Sikkim and Nepal on behalf of the East India Company and found the place to be ideal spot for developing a health resort.  By and by the area was annexed by the British and by the first half of the nineteenth century; Darjeeling became a promising town with a sizable British population.

It was natural that along with other facilities, a church too would be built. The St. Andrew’s Church was initially built in 1843 under the supervision of Captain Bishop. At that time the total cost incurred was a little less than nine thousand rupees. The building was large enough to hold as many as one hundred and fifty people.  Unfortunately, it was badly damaged by an earthquake and had to be altogether rebuilt. The present church building was erected in 1873. 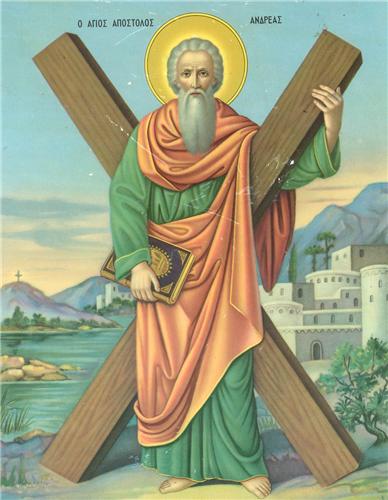 As the name suggests, the patron saint of the church is St. Andrew. He is said to be the brother of St. Peter and had recognized Jesus as the messiah from the very beginning.  He is also the patron saint of Scotland and is revered by a large section of Christians from all over the world.

In those early days, the St Andrew’s Church was visited mostly by the British, especially the Scottish soldiers as well as tea planters from the vicinity of Darjeeling.

Today, however, the benches lie mostly empty. However, the ambience is truly spiritual.  Brass plaques and marble tablets on the walls still remind us about not only the first generation citizens of this town, but also some prominent personalities. Prominent among them is Lady Canning.  She was the wife of Lord Canning, the Governor General of India. She came to Darjeeling for rest, but on her way back she contracted malaria. She was taken to Calcutta, the then capital of India; but very soon passed away. Captain Lloyd, who was first to realize the potential of the place, is another such person. However, by that time, he was no more a captain, but a general in the army.

St Andrew’s Church is an Anglican Church. Today, a handful of people come to pray here. In spite of that, Sunday morning services are regularly held in the church. However, the time varies according to the seasons. From March to November, the service begins at nine o’clock in the morning; but from December to February, the service is held half an hour later at 9:30 AM.

The church also holds a carol service during Christmas.
30th November is the St. Andrew’s Day.

St. Andrews Church is located on the Mall road, which has been renamed Bhanubhakt Sarani. It lies opposite to the Gorkha Rang Manch and hence visitors are advised to take the left end of the Mall Road.