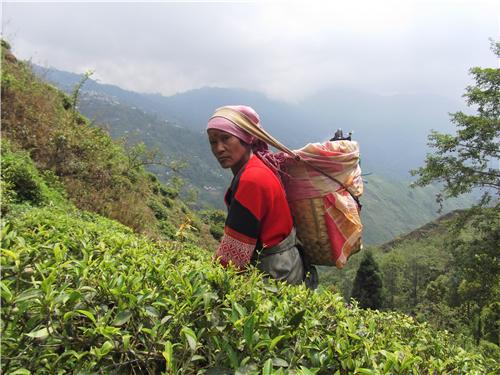 According to the Tea Board of India, there are eighty seven tea gardens in the whole of Darjeeling district. However, hardly any of these gardens are located in the Kalimpong subdivision; that is why when we talk about Darjeeling tea, we mainly talk about the tea that is produced in Darjeeling and Kurseong subdivision of the district.

Dr. A. Campbell was the first to experiment with tea in the hills. He was indeed a very important man in the history of Darjeeling. Initially, he was the Resident at Nepal and was brought over to Darjeeling as the superintendent in 1839. Along with setting up the infrastructure, he also started experimenting with tea plantation. At first, seeds stolen from China were used.  The first experimental plantation was set up near his residence at Beechwood. By 1847 the first nursery, which produced indigenous seeds, was set up in Lebong. The rest, as the cliché goes, is history. 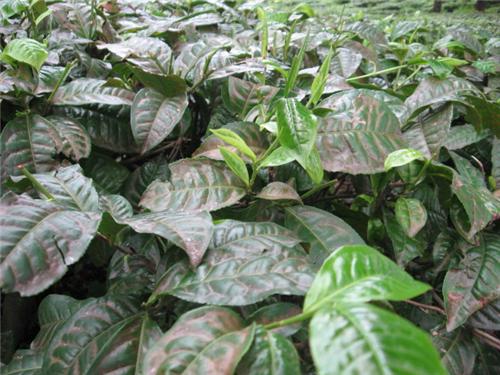 Unlike in other tea gardens in the India, Darjeeling tea is mostly made out of small-leaved Camellia Sinensis. The four different grades of tea produced in Darjeeling are black, green, white and oolong. While the white tea is lightly oxidized, oolong tea is produced by withering under the strong sun and then oxidizing before curling and twisting. However, the bulk of Darjeeling tea is of black variety and when properly brewed, it produces a light-colored thin-bodied liquid with a beautiful aroma.

Depending upon the time of harvest, Darjeeling tea can further be classified into following grades:

What makes Darjeeling tea so special? 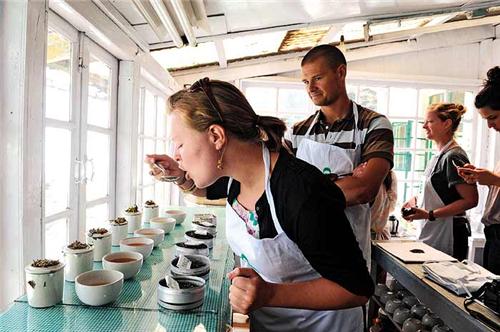 The sloppy mountain side along with cool breeze, misty weather, and sufficient rainfall is ideal for growing tea bushes that are capable of producing such golden colored liquid with such heartwarming aroma. Moreover, while manufacturing tea leaves out of the raw materials, Darjeeling tea gardens still use the tried and tested method known as the Orthodox. The process involves withering, rolling, fermenting, drying and sorting rather than crushing, tearing and curling as in CTC. It requires more of human care and skill than use of machines. Consequently, the tea is able to retain is full aroma as well as taste.

Among all these tea gardens, the Tukvar Tea Estate is the oldest. It was established in 1850 and commercial production started in 1856. Next is the Happy Valley Tea Estate. It was established in 1854 and started producing commercial grade of tea by 1860. Initially, the garden was named Wilson Tea Garden after the first owner David Wilson. However, it was later bought over by Tarapada Bannerjee and renamed Happy Valley Tea Estate. Hand rolled tea from this garden is known to fetch as much as $96 in the overseas market. 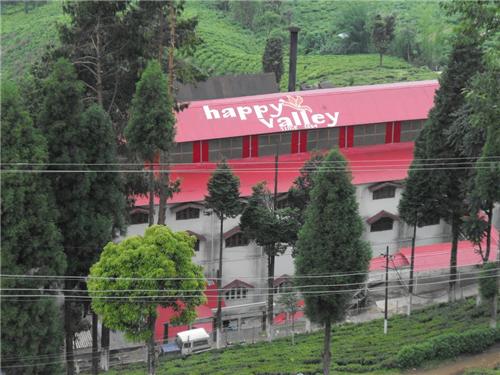 Most tea gardens today have opened their gates to the tourists. Some of these homestays are truly luxurious and hence quite expensive while others cater to the needs of the middle class. The Makaibari Tea Estate on the other hand offers both upscale and middle level accommodation.