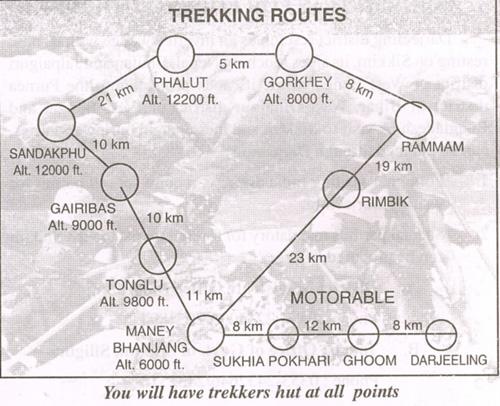 Sandakphu, situated at a height of 3636 meter (12000 ft), offers one of the best trekking routes in the Eastern Himalayas. It is a small hilly hamlet located at about 58 Km away from Darjeeling town. The route takes you through a region, where flowering plants such as rhododendron, magnolia, primulas as well as different species of orchids and ferns greet you at every corner. The green forest on the slopes of the mountain is home to more than six hundred species of birds. Therefore, a trek through this region brings you face to face with the greatest splendor that this youngest mountain range has to offer. 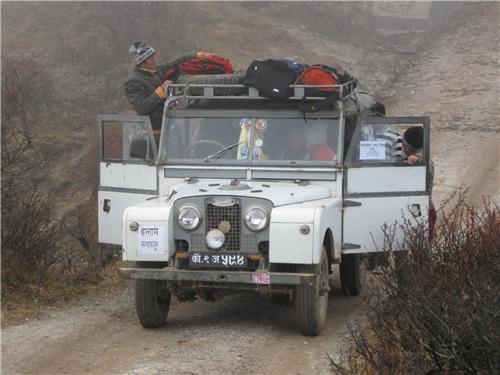 The real climb starts from here. As the map shows, one has to climb 3800 ft within a distance of 11 KM to reach Tonglu, also known as Tumling. It is a hamlet located at the peak of a hill in the Singalila Range of mountains. Hence, the first half of the climb, especially up to Megma, is very steep. Seasoned trekkers generally take 3. 5 hours to cover these seven miles.  It will take another two hours to cover the remaining distance

Those, who want to take it slow, may also stop for the night at Meghma. It is a small hamlet; nonetheless basic amenities are available here. Moreover, there is a Buddhists monastery as well as a few impressive Chorten to visit.  However, it is always better to move on because one can at least have the trekking huts built by the government of West Bengal for night stay at Tonglu. 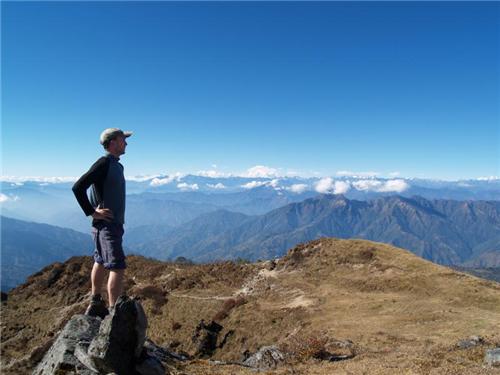 From Tonglu to Gairibas is around 10 Km. However as the later is located at 2621 meter or 9000ft, one has to go only downhill. Consequently, the distance can easily be covered in two hours. At the same time,   the route takes you through bamboo glade and hence one might be tempted to stop more often.

Once again it is a constant uphill trek. However, the distance is barely 6 Km. Yet it may take as long as three and half hours. Those who are prone to altitude sickness should be a little cautious here for we are approaching almost 3170 meter now.  The rhododendron forest by the roadside may provide some respite for they look really awesome when in bloom.

At Kalipokhri there is a pond whose water is forever black and muddy; hence the name Kalipokhri. Even under freezing weather the water of this pond never freezes. However, seasoned trekkers often have just a tea break here and then carry on to Sandakphu.

From Kalipokhri, it is once again a downhill climb to Bikhaybhanjyang. It is said to be valley of poison. Actually aconites grow in abundance here. The last leg is once again a steep climb along a well marked track. However, everything is forgotten once the trekkers reach Sandakphu.

Their snow clad mountains welcomes you with open arms. 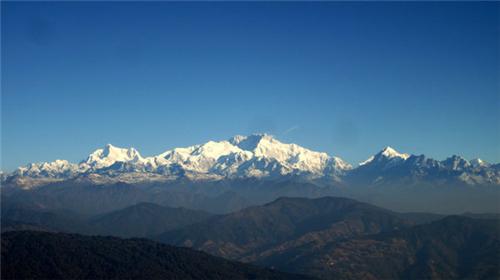 Sandakphu at 3636 meters commands a spectacular view of the Himalayan peaks. Far in the background you see gigantic mountains such as Kanchenjunga, Kabru, Jano also known as Kumbhakarno and Pandim standing hand in hand as if to protect us from unseen danger. Far off in the west you also see Makalu and Chamlang rising from among the Everest group of mountains. Looking towards east you will see Narsing, Dongkya and Chola standing in a row with Chumalhari lifting its massive head from the rear.

Indeed, the whole snowy range of Sikkim, Nepal, Bhutan spanning over a length of 320 km is visible from here. However, group of mountains that belongs to the two giants, Kanchenjunga and the Everest, dominate them all. Incidentally, even a novice will be able to differentiate between Kanchenjunga and Everest from here. While the former can be recognized by its five peaks of snow and ice the later can be identified by its soaring height.

Nearer home, rhododendrons and other alpine flowers will be welcoming you with a cheerful nod. However, to share such a feast of colors, you need to go there any time from April to June.

On return journey many people take the same route and go back via Gairibas, Tonglu and Maneybhanjang. However, we will proceed further and return via Phalut, Ramman and Rimbik.

The route to Phalut is truly spectacular. We will start our journey through the silver fir forest. Soon we will have the Everest group of mountains on our left and the Kanchenjunga group of mountains right in front as if showing us the way. However, we should keep on walking keeping the ridge on left. Soon we will be at Phalut trekking hut. We will spend the night here. To reach Phalut summit, we will have walk quarter of an hour more.

Phalut is located at the junction of West Bengal, Sikkim and Nepal. As the crow flies, Kanchenjunga is only thirty miles from here and hence it looks bigger and more beautiful. Otherwise, the general scenario is same as in Sandakphu.

Now is the time to walk through a virgin forest comprising of pine, chestnut and hemlock trees - descending all the while. On the way, you will find the Gorkhey Khola, which is a tributary of river Ramman.   A small uphill walk will next take you to a place called Samadian and from there a downhill walk will take you the Ramman Trekkar hut. 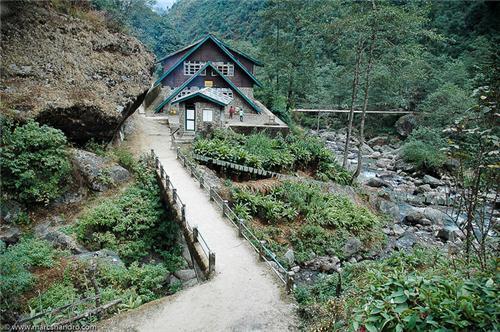 Back to Darjeeling via Rimbik

It is best to start early the next day. The road is almost level in the beginning and then it is a sharp descend till it reaches Shrikhola. From there, road rises up once again for about one kilometer. However, at the end of this climb, there is once again a level stretch of road, which leads to the Rimbik Bazar. If we are in time, we will find a bus waiting to take us back to Darjeeling. Otherwise, we can spend the night there and take the bus next day.